For Memorial Day weekend this year we decided to go to Peninsula State Park in Fish Creek, WI.  First problem for us is that the Wisconsin State park system starts booking 11 months in advance.  We didn’t decide to book there until closer to the 8 month mark (which is still crazy early for us) so we didn’t have the option to book one of the coveted sites with electricity. (Most state parks in WI have a limited number of spots with electricity and water.)  It’s been years since we have camped without electricity- up north shortly after we bought the land before the electric lines were ran.  Kids still went to bed early so charging electronics wasn’t as important to them back then. AND generators are off limits in WI state parks.

Not so much any more. Charging is still ok as long as we have battery power and yes the tv’s run on 12 volt battery power as well, but batteries die without electricity to recharge them (and when they want to watch different movies at the same time.)  And of course they never turn lights off, and there’s the microwave, the ac and  XBOX. Thankfully the weather was nice so being outside for most of the time was alright. We also invested in a solar panel just in case- We did charge for a few hours during the day. We were lucky there was a nice sun patch with in the cords reach. Not really sure if it helped or not but we did not run out of power.  Of course we did limit everything, including movies. The kids are not used to this and I don’t like telling them they can’t watch them at night  or while we are packing up but sacrifices had to be made.  It was not hot so the ac wasn’t necessary and there was no XBOX playing on this trip.

On the plus side we did  end up right across the road from friends and just a short walk or bike ride down the path to the beach.  The beach was great and it was a really nice weekend so we got to spend a lot of time there.  There was also a nice store that the kids could get to on their own for ice cream and candy. The sites were great too.  Our friends had direct access to the trail that led to the beach and a fishing dock. They were large and ours had to access points so it was easy to get in and out of. 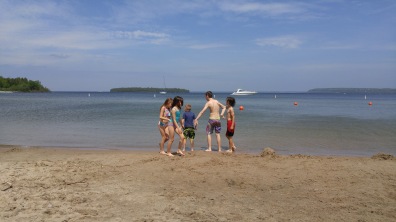 As for the coffee, it was the best.  We boiled water and then perked it by hand, slowly pouring the water over the grounds in the coffee pot.

Verdict?  Not the end of the world.  Would we do it again, sure.  But I would feel much more relaxed about it if it wasn’t a long weekend.  The extra day could have broke us.  When it comes down to it I find it easier to just book privates.  I like electricity and being hooked up to city water, but as long as there is sun I will be ok.  You can take the girl out of the city but you can’t take the city out of the girl. 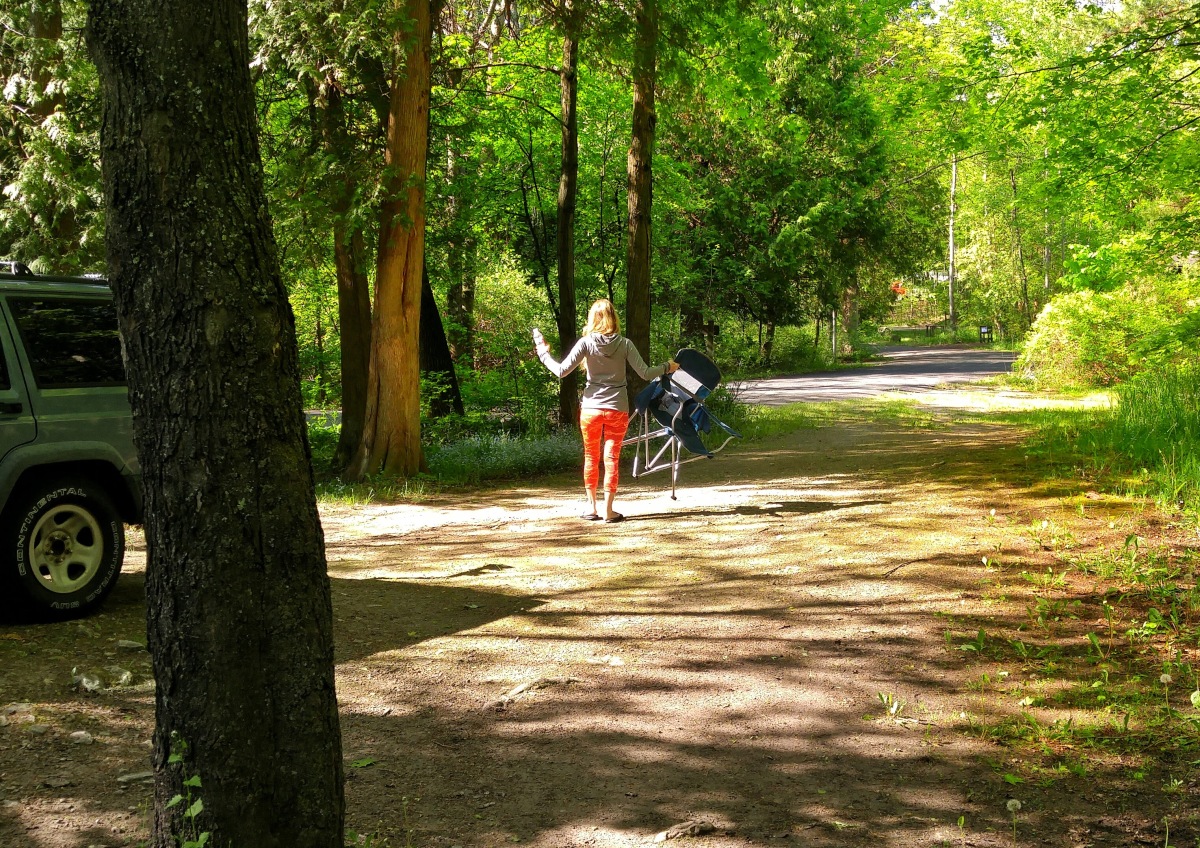